NWNC is Our Neighborhood Watchdog 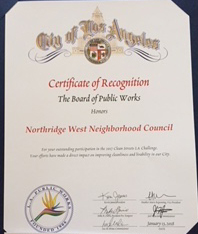 The volunteer resident members of NWNC work diligently throughout the year to keep the Northridge West community abreast of the various projects, programs and elections that may affect us on a local, county or state level. Here are some of the issues that were discussed at the February 13 general meeting.

The Future of Natural Gas

George Minter, Regional Vice President for External Affairs and Environmental Strategy for SoCal Gas, spoke about the future of natural gas. He explained why natural gas is desirable as an energy source and some of its new applications. Mr. Minter also shared information on newly developed processes that can be applied to its transportation, and how it can be reused and repurposed. It was surprising to learn that natural gas was a power source for illumination before electricity, that it was made from coal, and that it was used to power early street lamps, hence the name gaslight district.

Northridge West was recognized by the Board of Public Works on January 13 for our plan to place topiary on the Tampa Median. The certificate of recognition also came with a donation of $1000 to be used for the project.

The board approved a grant of $4000 to Northridge Beautification Foundation for use toward the median project. We are awaiting approval for our application to Adopt-A-Median so that we can get started.

The board also approved a grant of $1000 to the Friends of Oakridge for the planting of a large Live Oak to replace one that had died because of the drought. Part of the funds will be used to install a drip system to ensure that the new tree receives adequate water.

Earth Day Clean Up & Support of Other NCs

We are proud to be partnering with Porter Ranch Neighborhood Council in a Joint NC Earth Day Clean Up that Porter Ranch NC will be holding on April 14 from 12-4:00 p.m. at Holly Bernson Park. Food will be served and we are inviting all stakeholders to join us.

The board voted its approval of two city council motions.

Homelessness in Our Neighborhood

Gail Lapaz, chair of our newly established Homelessness Committee, reported on their first committee meeting. The committee will be holding a Homeless Connect Day in October. More information will be forthcoming as the committee works to firm up the details and logistics of the event.

NWNC is holding a town hall meeting about the possible health effects of the Aliso Canyon Gas Leak with Dr. Jeffrey Nordella on March 29 at the Northridge Park Gym. An exact time will be announced shortly. We are pleased to report that the Northridge South Neighborhood Council will be a partner in the event, and AQMD and Department of Water & Power will be participating. Supervisor Kathryn Barger’s staff will also be on hand. More details will be forthcoming.

During public comment, Tricia Robbins Kasson, a candidate for the vacated 45 Assembly District, introduced herself to the audience and enumerated her qualifications for the office.

We hope to have other candidates at the next meeting.

One Opening on the Board

We presently have one opening on the board. Interested applicants should contact President Peter Lasky at 818-687-0123 or by email at 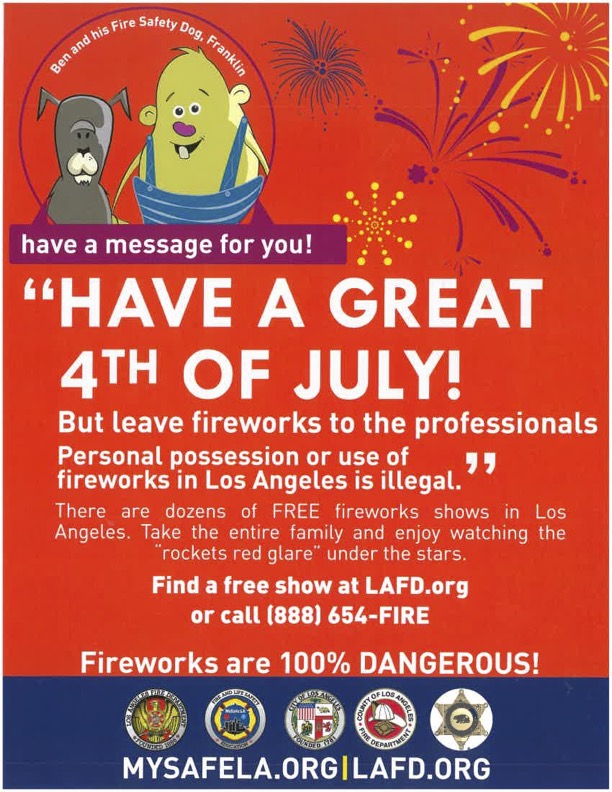