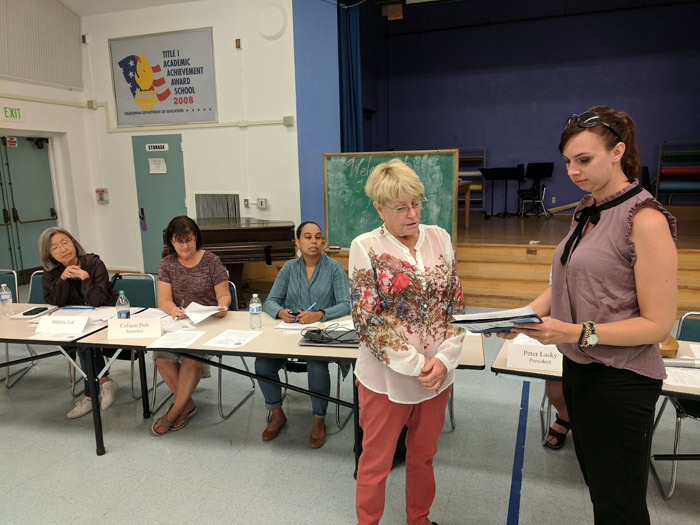 On October 7, thousands of people descended upon the northwest parking lot at Northridge Fashion Center for the 10th annual Valley Disaster Preparedness Fair. In speaking with people who stopped by our Northridge West table, it became clear many were unaware of LA’s neighborhood council system.

Across the city of Los Angeles, there are nearly 100 neighborhood councils tasked with serving the residents within their boundaries. Do you live south of the 118, west of Reseda Blvd., east of Corbin and north of Nordhoff? If so, you are within the boundaries of the Northridge West Neighborhood Council.

We have a city-funded annual budget of $42,000 to be used on “Neighborhood Purpose Grants” and other projects in the neighborhood. The drip irrigation system to save the trees along Tampa Avenue is an example of one of these projects. As are the signs and decals we ordered to support Neighborhood Watch groups within our boundaries.

Neighborhood council committees take a close look at specific issues within the community. Homelessness is an issue many people are talking about, and Northridge West’s two new homelessness liaisons – Gail Lapaz and Gisela Tarifa – have dived in to learn as much as they possibly can about the issue and what resources are available.

What’s an issue important to you? Some CSUN students recently reached out regarding an intersection named “most dangerous” in the state in a 2016 report by the law firm Estey & Bomberger. Are you aware the state’s most dangerous intersection is in our neighborhood? Is that an issue you believe the Northridge West Neighborhood Council should investigate?

It also became clear while talking with folks at the Valley Disaster Preparedness Fair that many would like to be more involved with what happens in their immediate areas, but don’t know where to start. Anyone interested in taking a more active role in the community should at least be familiar with the neighborhood council system.

Northridge West’s next meeting will be at 6:15 p.m. on November 14 in Calahan Elementary School’s auditorium (18722 Knapp St., Northridge). One of the first items on the agenda will be our guest speaker, California Assemblyman Dante Acosta, who represents the 38th Assembly District including our neighborhood north of Devonshire Blvd.