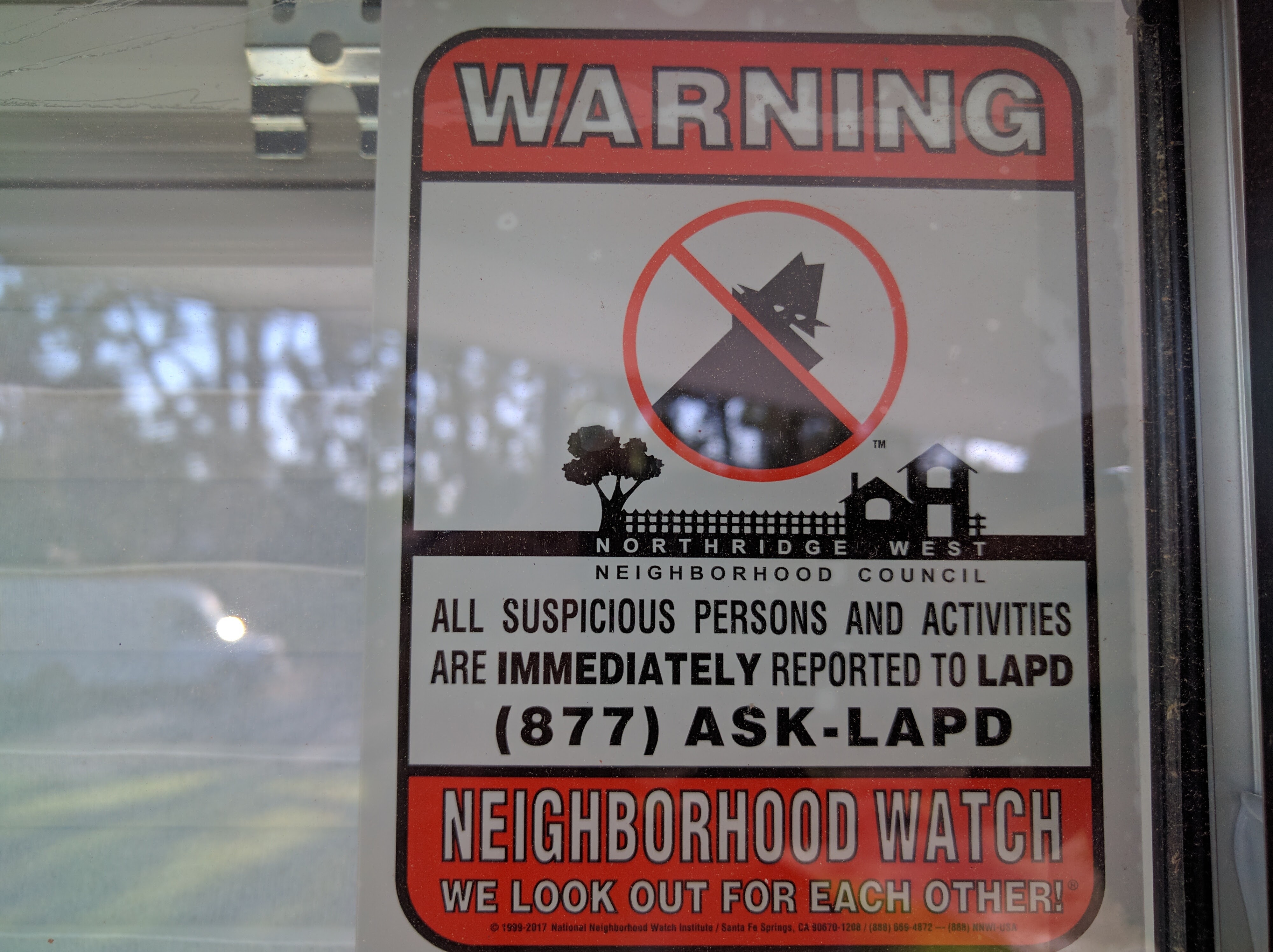 According to the Los Angeles Police Department, Neighborhood Watch programs are some of “the most effective and least costly ways to prevent crime and reduce fear in your neighborhood.” Northridge West Neighborhood Council’s Public Safety committee has purchased 25 Neighborhood Watch street signs for placement around our community, as well as thousands of window-cling decals for residents to display in their front windows.

Northridge West stakeholders have been quite vocal about crime and safety being important issues, which is what motivated the council to host a Public Safety Town Hall earlier this year to discuss unlicensed sober living facilities in and around our community. Residents attending the meeting were given an opportunity to hear more on the issue from elected officials, police and the City Attorney’s office.

While Public Safety may be one of highest profile committees on the neighborhood council, there are a range of committees – from Business to Education to Outreach – that are always looking for new members. Whether it is homeowners who have a project in mind for sprucing up the neighborhood or parents who are seeking to bring more kid-friendly resources into our community, there is a committee to suit anyone interested in becoming involved.

Anyone who is unfamiliar with LA’s neighborhood council system may appreciate seeing that its first objective is to “Promote public participation in City governance and decision-making processes so that government is more responsive to local needs.”

During Northridge West’s next general board meeting, August 8, at Calahan Street Elementary School’s auditorium at 6:15 p.m., residents can learn more about the committees and how to get involved. The free window-cling Neighborhood Watch decals will available for pickup at the meeting.

2017-07-20
NWNCadmin
Share
Previous Why Do People Join the Neighborhood Council?
Next NWNC to Stakeholders: Your Voice Counts!