Just wanted to quickly remind you about the 5th Annual Disaster Preparedness Fair being held next Saturday on October 6, 2012 between 11AM to 3PM at Los Angeles Fire Station #87 located at 10124 Balboa Boulevard Granada Hills, CA 91344.

The event is meant to raise awareness to the importance of being better prepared for emergencies and disasters in case one strikes. 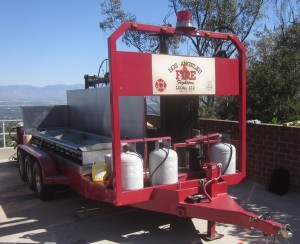 A special appearance of the “MOAB”, as pictured here and otherwise known as the Mother of All Bar-B-Ques will be on site to produce some of the finest hamburgers and hot dogs in LA. Be prepared to cast your vote for the Best Chef amongst the politicians on hand as we put them though the rigors of Cook or be Cooked. 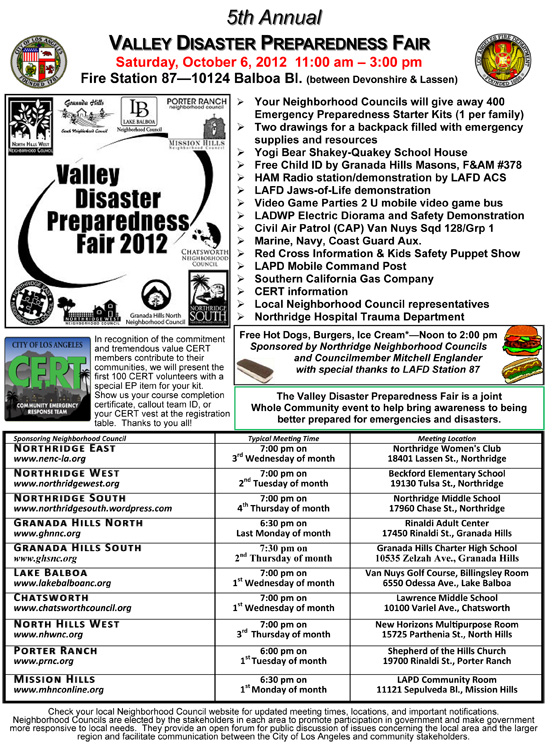 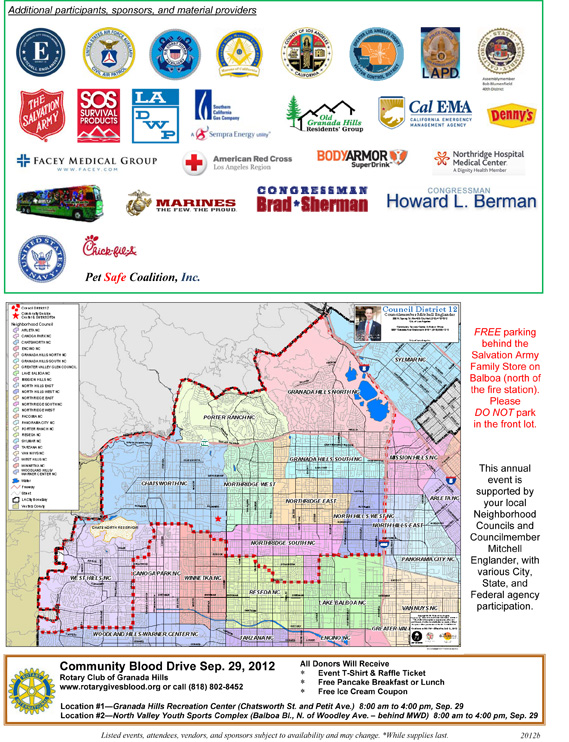 The Valley Disaster Preparedness Fair is a joint Whole Community event to help bring awareness to being better prepared for emergencies and disasters.

2012-09-14
NWNCadmin
Share
Previous Transfer Permits Required for Most Sales of Young Pets in Los Angeles
Next Paper or Plastic (or Reusable)? Weigh in on the L.A. Bag Debate