BongHwan Kim, head of the city agency in charge of neighborhood councils, abandoned his run for the 13th District City Council seat Monday, and announced his resignation to take a job in San Diego.

He will become vice president and executive director for civic engagement at the San Diego Foundation. His resignation takes effect Aug. 4.

Kim, who served as general manager of the Department of Neighborhood Empowerment (DONE), had hoped to become the first Korean-American to sit on the City Council, replacing termed-out mayoral candidate Eric Garcetti for the 13th District.

Here is the full text of his resignation letter:

I am writing to let you know that, effective August 4, 2012, I will be leaving my current position to accept a  job offer for a newly created position, Vice President/Executive Director for Civic Engagement for the San Diego Foundation.  Named after the founding benefactor, the vision of the Malin Burnham Center for Civic Engagement of the San Diego Foundation is to infuse the entire region with a strong civic infrastructure so that the region can be more proactive,  inclusive, and equitable in meeting the challenges of growth while assuring a high quality of life for all San Diegans.As I leave my home city of 25 years, for this awesome opportunity to make a difference in my new home community of San Diego, I’m called to reflect on what Los Angeles has meant for me.

From my humble beginnings as a first generation immigrant struggling as an outsider to find my sense of belonging in this new country, in New Jersey of all places, I never would have imagined I would be given the amazing opportunities to serve and help others and work for social change that I have.

These opportunities started from my early work in Koreatown to expand opportunities for recent immigrants to the Los Angeles riots in April 1992, when I was suddenly confronted with the shocking tragedy of the worst urban rioting in modern history.  This was a life changing event which claimed 54 lives and snatched away the American dreams of over 800 Korean families who violently lost their businesses overnight through no fault of their own. Through that painful experience, and more recently with Neighborhood Councils, it has become clearer to me than ever that the role of communities and government must change in some fundamental ways.

Most recently with my work in city government as the longest serving General Manager for Neighborhood Empowerment (an awesome job title) of the most ambitious and promising civic engagement in the country, I have been truly inspired by the amazing work of volunteers throughout this great city who have answered the call and are devoting so much of their time, heart, and spirit  to improve the way government works with neighborhoods.

Leading the Department over the past five years, has been the most challenging, yet inspiring, experience of my professional life.  I am proud of what we have been able to accomplish during this time in building a more stable foundation for neighborhood empowerment.After being cutback by more than 50% due to the fiscal crisis, we shifted our role by recruiting former Neighborhood Council Board members to provide direct assistance to their struggling peers.  Councils 4 Councils is now in place and able to send out peer veterans to advice those who are new to neighborhood governance. Over time, it is possible to envision the system being largely self supporting through a volunteer driven system with city staff playing more of a facilitative, dot connecting role.

Through regular attendance at regional coalition meetings, we built closer relationships with Neighborhood Council leaders who viewed city staff with suspicion and distrust.  Many remarked how unusual it was for a General Manager to be attending so many evening meetings in the community.

Bylaws are the constitution and the “rules of the road” for each Neighborhood Council.  Coming into the department, I found that the by-laws were a complete mess fraught with inconsistencies, vague or missing language around key sections which determine how Neighborhood Councils make decisions and are accountable to the public.  When Boards would get locked in conflict, their bylaws were useless in guiding them out of difficulties.  Working with the Board of Neighborhood Commissioners and Neighborhood Council leaders, we now have set the standard for clearer and consistent bylaws for all 95 Neighborhood Councils.

Los Angeles Neighborhood Councils are not only leading the way nationally, but internationally as well. Delegations from Japan, Venezuela, and Canada have come to visit with us and have been fascinated to find what the second largest city in the most powerful nation in the world is doing around empowering everyday people to claim their rightful space in democracy. In fact, the Mayor of Nagoya is currently looking to abolish its city council and replacing them with Neighborhood Councils making the decisions for themselves. Imagine the possibilities….

We are currently on track to successfully complete citywide Neighborhood Council elections in less than half the time and budget than ever before.  More importantly, we have launched an ambitious outreach campaign to increase the visibility of Neighborhood Councils while reminding Angelenos of the central purpose – to involve more people and improve government responsiveness to neighborhood needs.  We also recruited veteran Neighborhood Council  activists to serve as election administrators who are now working in partnership with Board volunteers to recruit as many candidates as possible. It’s possible to imagine that, one day, more people may turn out to vote for Neighborhood Council Board seats than City Council seats because voting for your neighbor is a more direct connection to City Hall.

While leaving the Department in the midst of citywide elections is tough, there are very capable managers in place who will continue to work hard to ensure that these elections are truly grassroots and participatory yet fair and transparent.

The timing of this opportunity at the San Diego Foundation collided at exactly the same moment as my plans to become the first ever Korean American city councilman running on a public participation vision.  I saw how quickly the message of local empowerment was resonating with people across the city as well as in the 13th District.  I was looking forward to harnessing the growing energy and inspiration of Neighborhood Council activists all over the city while setting the table of the public debate for how electeds were going to truly create broad and deep public participation and facilitate a path for more people to take back their own democracy.  This is still possible by creating a citywide public participation coalition which will vet each candidate’s position on how they can get more people to be involved.  I hope the Neighborhood Council leaders will answer this need for such a coalition.I am deeply indebted to all the hard working and dedicated Neighborhood Council volunteers for your leadership, dedication, and stick-to-it-ness.  Your persistent insistence that neighborhoods must be listened to on all matters local is being heard and has planted a seed inside government that can only grow stronger and healthier.  This next decade of neighborhood empowerment promises to be a game changer for showing a nationwide audience how governments can re-define its relationship to neighborhoods.  I’m extremely lucky to have led the Department during a time in which Neighborhood Councils are blossoming and reclaiming their rightful place in city government – at the center.  Taking on my next mission driven position to build up a civic infrastructure for the San Diego region would not have been possible had I not had this experience in Los Angeles.

The invaluable lessons learned from my experiences in this position will strongly inform my new position. You all have shown me how the vision of greater public participation in government is not only doable but a MUST do. The current period of fiscal constraints is the new normal and government needs to shift its working relationship with communities. Through my work in the Department and with neighborhood leaders across this great city, I have seen the future of government – and the future is local.I am indebted to many for this opportunity, but I would like to mention a few here.  To the Mayor for appointing me, to Deputy Mayor Larry Frank for his steadfast support and belief in me, to Grayce Liu who applied her soft power-based, quickstart leadership in realizing some fundamental relational and systemic changes to the system, to Leyla Campos, who survived many years in the Department while continually adapting to the constant changes, and to Stephen Box (Enci and Sydney) for answering the call to build a new kind of grassroots election.

I will be within earshot of Los Angeles and expect to be hearing of all the great things I know you will continue to do to make this a truly great city. 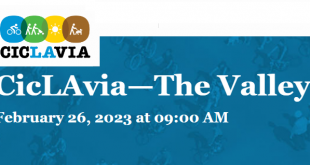