Bougainvillea Takes on Northridge Operation Clean Sweep – round one. Saturday morning started out great as we wolfed down some warm fresh donuts, brownies over hot chocolate and coffee. The game plan was established where – Paul Bunion and Right Hand Man Dick Rippey (without the L) would set up and trim back the huge monstrous bougainvillea blocking the path of travel located a hundred yards or so south of Vintage Street. Two teams of volunteers (one south and one north) were set up on either side of the bougainvillea and they would focus on the outer edges working their way towards the monstrous bougainvillea. Northridge Rockabilly Teri Grossman, Get it done Chris Williams & Coffee Connoisseur Juativa Spurlock took up the north side cleaning up the stretch from Vintage to the bougainvillea. Reciprocating Saw JoAnn Phillips, For Ever Young Martha Wilson, Son Robert, BSpice Johnson, New Comer Andrew, Proud & Daring Board Member from Sister Northridge South Neighborhood Council Nick Franchino took up clearing the path of travel from the south – north of Lassen Street. Both teams then met up at the bougainvillea to Bunion and Right Hand Man Rippey to put the final touches on the bougainvillea.

WRONG! The final touches were more like the final fight between man and bougainvillea. Not one arm or leg went unscathed! Not even leather gloves were a match for this creature of a bush. The thorns were the Bougainvillea’s last line of defense in its protest against being tamed to co-habitat with us mere mortals. Pants, gloves, skin were no match for the attacking thorns which left each one of us with torn and scratched.

In addition to the battle of the Bougainvillea we are also proud to announce that we made slight progress removing the unsightly graffiti on the light poles along Corbin. This was no easy task! The consensus from the team is that the City/County/State need to enact laws requiring Taggers be sentenced to removing graffiti (including their own), paying for the materials and reimbursing the tax payers for all costs incurred for apprehending and prosecuting these criminals. They put it on they need to be held accountable for taking it off!

The above volunteers like so many others continue to demonstrate that a community isn’t built by one individual but by many. That giving back to your community is a valuable method in promoting unity and pride of ownership, and provides a means to build and develop new friendships that would never had materialized without neighbors willing to lend a hand to accomplish a shared interest. A community of individuals working together to achieve a goal of having a cleaner, greener and safer community where we can live, work, learn and play.

A special Thank you to Thursday’s Dream Team for their efforts along Lassen Street. Their hard work and attention to detail is transforming the Lassen medians back to the glitter and sparkle they once were for all the residents and daily commuters to see and enjoy.

A Thank you to Jamie and Sherry Ramstead for their efforts to clean up the east side of Wilbur Street between Nordhoff and Plummer as well as all stakeholders that are keeping their parkways, sidewalks, gutters clean. Your efforts are greatly appreciated.

PS: Two important events tentatively scheduled for March that you cannot miss – the first – March 15th Consideration of the revised LADOT road diet footprint for Wilbur Avenue at Nobel Middle School 9950 Tampa Ave between 6:30pm to 8:30pm. The second event is a NWNC sponsored 1st Aid/CPR training class scheduled for March 26, 2011 from 8AM to 12PM at Calahan Elementary School 18722 Knapp Street. This training will certify you in both 1st Aid and CPR – seating is limited to first come first served – Do wait sign up NOW! 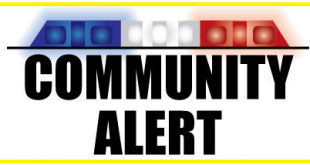